Home / About / Gaelic Games in Clonduff

A number of Down Clubs dispute who is the oldest but can anyone else provide such concrete evidence? This extract was taken from the archives of ‘The Banbridge Chronicle’ dated Saturday 5th November 1887, making the date of the game 1st November 1887, exactly three years after the founding of The GAA! 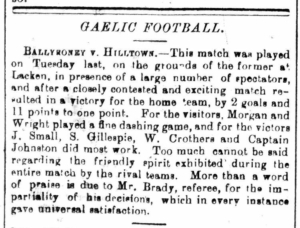 Is this the first written report of a Gaelic football match in down? Can anyone prove otherwise?

The Banbridge Chronicle past editions are stored in The Irish and Local Studies Library, Abbey Street, Armagh and really worth a visit – the staff are extremely helpful!

Press reports (Banbridge Chronicle) show the history of Gaelic Football in Clonduff reaching as far back as 1887 when the parish sported two teams, The Hilltown Amateurs and The Red Hands.

Gaelic games flourished for a few years but then subsided and it was not until 1910 that the parish again fielded a Gaelic team. During the next ten years the parish fielded teams at Junior and Senior level under names such as The Emeralds, The Harps and The Sarsfields.
1920 can be identified as the defining year of the modern Clonduff Shamrocks. Success on the playing field over the next few years was commonplace and it was in this era that Clonduff’s long tradition of providing quality County players began – McPolin, Brannigan, Doyle, Mussen and O’Hanlon were synonymous with both the Clonduff and County teams.

strength during the early forties. Their tradition of providing County players was to the fore again and when Down won the 1946 All Ireland, Clonduff provided six of the panel.
In 1955 the club split into two distinct entities – Cabra and Hilltown – the two ends of the parish. Two years later they met in the County Final. The teams amalgamated in 1959 and the following year two of their players won All-Ireland Senior football medals with Kevin Mussen being the first Northerner to bring the Sam Maguire across the border.

In 1967 a group of ladies got together to found the Clonduff Camogie Club – an effort had been made in the early fifties but this didn’t get off the ground. This time around the committee was strong enough and had the backing and support of the Football Club. They started at Junior Level and progressed to Intermediate Level where they mainly remained for almost 30 years with a few unsuccessful flurries into the Senior League. They took up permanent residence in the Senior League in 2003 and have grown to be one of the strongest Camogie Clubs in Ulster, though they had to wait until 2007 to win their first Senior Championship.

Clonduff opened its own grounds in 1968 – previously they had played in different venues throughout the parish. At this stage there were five male and one female team. By the time the new clubrooms and revamped playing field opened in 1998 there were 13 male and 5 female (Camogie) teams.

When Scór competitions were introduced in the early 1970s.Clonduff became one of the leading participating clubs. They also participated in the CCD (Camogie organised) Ceol, Ceant agus Damhsa. They won All Ireland titles in both competitions, picking up Céili and Set Dancing Scór na nÓg titles in 1993 with just nine different dancers – a feat that has never been surpassed. They won three All Ireland CCD titles in 1997 (Set Dancing, Quiz and Solo Singing) – the last year of that competition.

The men of Clonduff first took up the Camán in 1983 in preparation for the GAA Centenary Celebrations though the juveniles first started playing in 1973. With a few exceptions they have remained a Junior Club and currently compete in the Ulster and County League and thanks to the efforts of a number of adult players, the oldest game in the country is thriving with the club fielding teams at U-8 to Adult level. 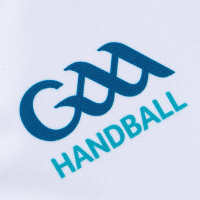 Handball also developed in early-mid 1980s mainly thanks to a number of young men who had been students at St Colman’s College, Newry. The local council (Newry and Mourne) provided a juvenile alley in the village in 1989, but due to the absence of any local structures progress was slow to non-existent! By the end of 1990s it’s popularity started re-emerging and the club can boast numerous County, Ulster and All Ireland winners/contenders.

In 1987 when Down won its second All Ireland Minor Championship, the club provided six of the panel. In the All Ireland wins of 1991 and 1994, Clonduff’s Ross Carr and Cathal Murray played pivotal roles. John Fegan played at full forward when Down Minors lifted their third title in 1999. Shane O’Hagan was on the team that lifted the Minor trophy for the 4th time in 2005.

Y2K saw the Senior Footballers collect their ninth County title and their first in 20 years – the same goal-keeper, Johnny McAleavey was in situ for both Championship wins! Johnny had won a National Football League medal with Down in 1983.

In Centenary year (1984), Clonduff GAA Club published its McNamee award winning history covering its previous 97 years – the second volume of our Club’s illustrious history was published in 2007. In 1999 Clonduff was one of the first clubs in the country to go online – the website (www.clonduffgac.net) is updated on a daily basis. Clonduff have fully embraced other new technologies – have used Youtube (clonduffgac) for a number of years, set up a FaceBook page (clonduffgac) in 2011 and became the first team in Down to ‘Tweet’ score-by-score, (@clonduffgac) the Senior League game between the Senior Footballers of Clonduff and Bryansford in May 2012.

In 2007 there were 26 teams fielding on one owned and one rented adjacent field. A major fund-raising drive provided the finance to purchase the rented field and some adjacent land. It was agreed that Clonduff would make moves towards integration, where all ‘Clonduff’ activities would be under the one umbrella in order to secure funding and sponsorship and because it was the way to go! In June 2009 the development plans were approved by Newry and Mourne District Council and they secured a major slice of funding from Sport NI to develop, a much-needed third playing surface. 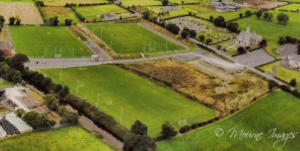 In August 2012 Clonduff opened their new flood-lit pitch which will go a long way in accommodating the 31 teams in all field sports facilitated by Clonduff GAA Club. There are great ambitions within the club to provide a multi-purpose community facility for the ever-increasing population of the Parish of Clonduff. They went some way towards this when they acquired an additional piece of land adjacent to the main pitch.

Clonduff has won numerous non-playing awards – South Down Club of the Year (many times), County Scór Club of the Year, AIB Club of the Year County tile 2000, County and Provincial titles 2001, Irish News Ulster Club of the Year for 2007. During 2007 Ulster GAA launched a pilot scheme for the Club Maíth (Good Practice) Award – Clonduff was one of only two clubs to gain a Platinum Award and retained this level in 2011, 2015 and 2019!

In 2012 Clonduff celebrated the playing of the first Gaelic Football match by a Parish team 125 years earlier. The celebration was a year-long affair embracing all aspects of the Community Organisation that Clonduff GAA Club has now become (check out programme under 2012 Milestones on this website). Undoubtedly the highlight was the Celebratory Mass and Banquet held on Sunday 4th November to coincide with the playing of that first game on 5th November 1887. It was a whole day event with the Mass commencing at 1pm followed by the seven-course Banquet and special Entertainment which officially concluded at 11 pm that night! and attended by the great and the good of the GAA Family from Clonduff, Down, Ulster and Ireland with video links to various parts of the world. the entire event was streamed live across the world – a magnificent achievement for a magnificent club!