AIDAN CARR GETS AWAY FROM HIS MAN 2013 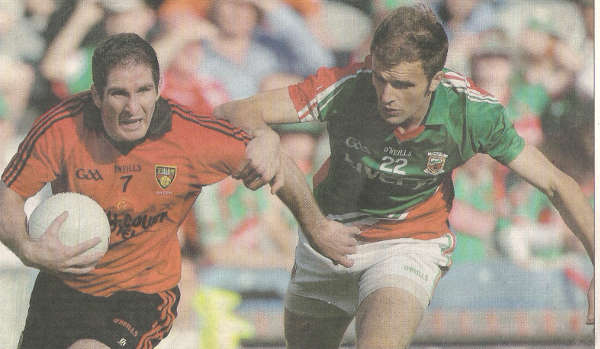 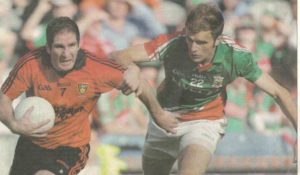 Congratulations to Down Senior Footballers on their two point victory over Mayo in Pairc Esler on Saturday night. This is Down’s first win of the year and they make the long journey to Killarney next weekend to play Kerry who have had a worse start to their League campaign than Down – hopefully Down won’t be the first team to give them that much needed first win of the season.

Aidan Carr (pictured here – Irish News Wednesday 13th March) played at centre-half back and Darren O’Hagan made his first appearance of the year coming on as a second half sub.