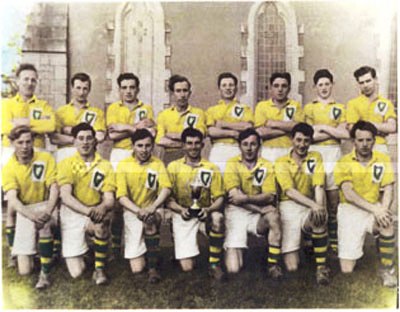 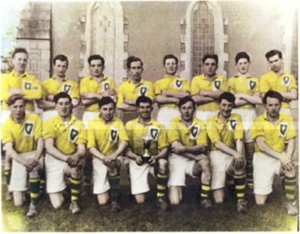 In 1956 Clonduff Parish Football divided into two separate teams – the original team was known as Clonduff Shamrocks whilst the new team was called Clonduff Harps but often referred to as ‘Cabra Harps’ denoting that the players came from the Cabra end of the Parish. The Harps won the County Junior Championship at the first time of asking in 1956 and moved up to Senior status the following year.