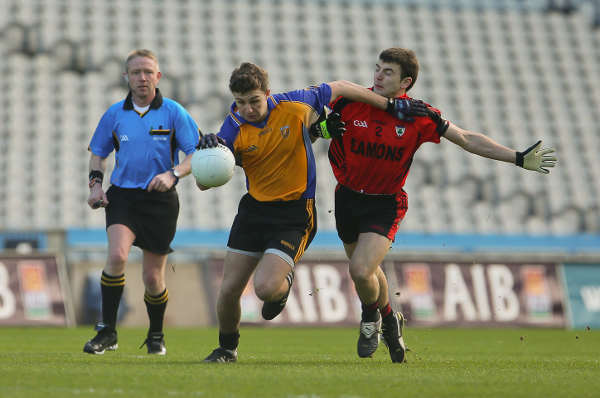 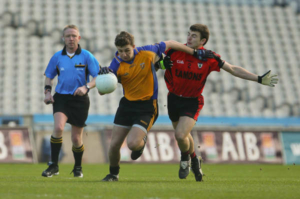 It was a big week for our Senior Referee Ciarán Branagan! On Sunday 24th February 2013 Ciarán took charge of the All Ireland Junior Football Final in Croke Park and three days later (Wednesday 27th Feb) he was the man in the middle of the St Paul’s v St McCartan’s MacRory Cup Semi Final.

Ciarán has been on the inter-county referees panel since 2004 and is doing a great job in flying the flag, not only for local referees but also for his native club, Clonduff!