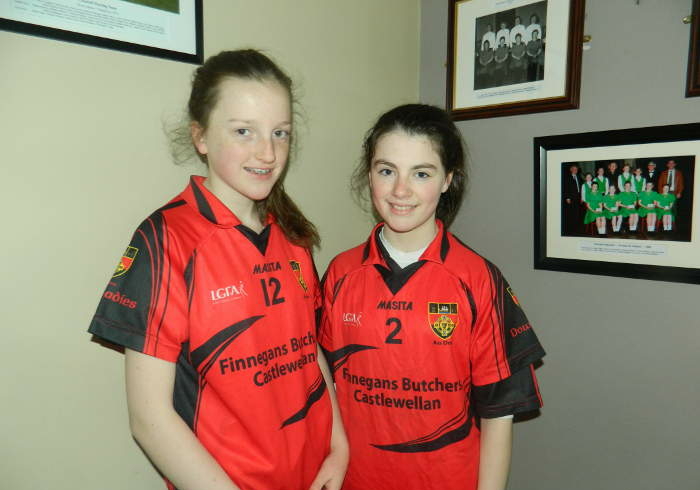 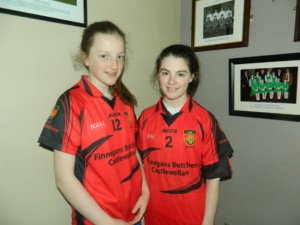 The Clonduff history-making girls put in a tremendous display, cheered on by the Down supporters and really put it up to their seasoned Tyrone opponents. Alas, it wasn’t to be losing both games 15-9 and 15-9.
Playing for the first time at this level Erin (left) and Clara (right) took some time to settle. However as the game progressed they began to realise that they were every bit a match for the Tyrone Champions. Exchanging service time and again, points were hard to come by but the luck more was with the Tyrone girls who won both games when our girls dropped their service shots.
Although bitterly disappointed at the final outcome, the Clonduff girls were worthy Down Champions and certainly asked questions of the now Ulster U14B Doubles Champions. Well Done Clara and Erin.