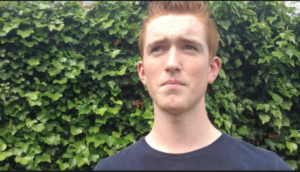 Rían Branagan (son of Paddy and Bronagh) is the Captain of Down U21 Hurling team that reached the Ulster Final played on Wednesday 23rd July 2014. Unfortunately they were well beaten by a strong Antrim side but that was no fault of Rían’s who has had a terrific season at full back for the team. Rian is also an accomplished footballer.