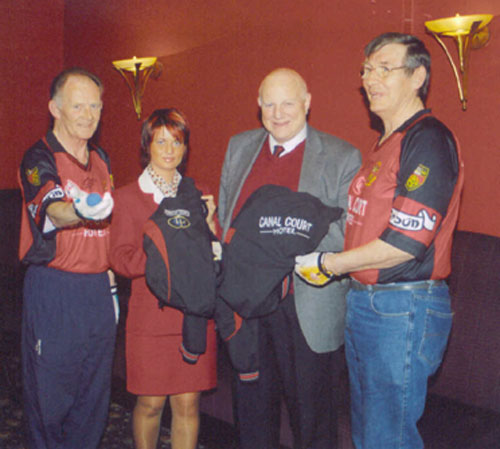 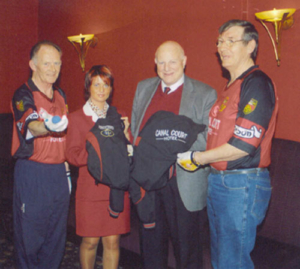 Des McNeill and Dan McCartan, who won the 2004 All Ireland Diamond Masters 40 X 20 Doubles Final accepting new tracksuits from Eilish McParland, Canal Court Hotel, Newry prior to setting off for the Finals in Mullingar. They are pictured with Down County Chairman, Eamon O’Toole. They beat the Galway pair (Seamus O’Fatharta and Peter Mulryan – they won the first game at 18 and then demolished their opponents 21-1 in the second game.
Both men transferred to the Clonduff Club when their own club in Carryduff folded.
Des has been living in the Parish for a number of years and (with Paul Shields) has been involved in reviving the juvenile game in Clonduff – upwards on 30 youngsters, up to U16 level train at least one evening per week