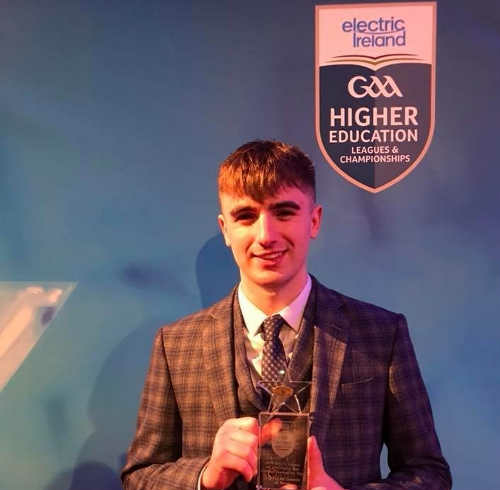 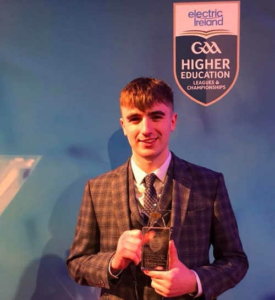 Many congratulations to our own Stephen McConville (St Mary’s University College Belfast) who was presented with his Electric Ireland Rising Star Award at the Gala Ceremony on Monday 15th April in UCC, Co Cork.

Stephen captained St Mary’s to the Sigerson Cup Final only to be beaten by UCC. He was one of four St Mary’s lads to receive awards on Monday night  along with Mark Reid, Jarlath Óg Burns and Shane McGuigan.

Wasn’t it just the best excuse ever for missing Clonduff’s first Senior League game of the season! Well done Stephen!