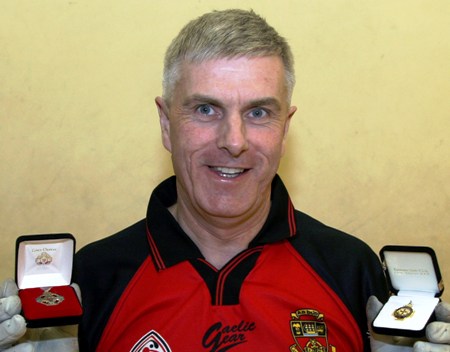 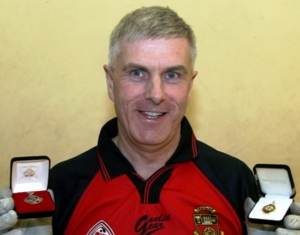 Sean McNally, a stalwart of Clonduff Handball was selected, along with Brian Havern of Saval, for the Ireland team competing at the World Handball Championships being held in Portland, Oregon during October 2009.

Sean and Brian are competing in the Silver Masters Doubles. Sean is pictured above with his Down and Ulster Silver Masters medals. (Sean and Paul Shields won 2009 Down Senior Doubles title)

After returning home Sean helped the Clonduff team win the Down County League!